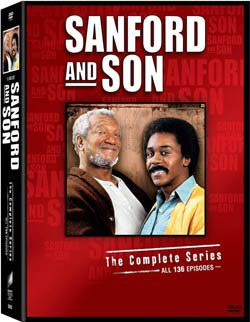 I've recently purchased the complete Sanford & Son dvd set.  I've only watched the first two discs so far and I'm about half way through Disc 3.  But, from what I've seen so far, I've got to say that this is indeed one of the funniest shows ever made.  I had only seen it sporadically a few times before.  I never fully appreciated it until now.  But, boy do I appreciate it.  Redd Foxx create quite a colourful character (and by 'colourful' I didn't mean "COLOUR"-ful so everybody calm down).
Anyway, I like the show so much, I thought I'd create the following little doodle to show my appreciation: 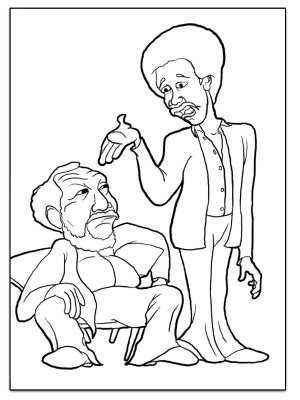 For those poor souls out there who have never had the pleasure of seeing even one episode of this great program, I've provided a full episode below.  Enjoy!  (Sorry about the cursor at the beginning).
Sanford1
Uploaded by Daffyduckandthedinosaur. - Full seasons and entire episodes online.
Sanford2
Uploaded by Daffyduckandthedinosaur. - Check out other Film & TV videos.

Oh yeah, and watch or better yet listen for the actress who plays Aunt Hazel in this episode.  She's none other than Lillian Randolph, the actress who did the original voice of Mammy Two-Shoes in those Tom & Jerry cartoons. 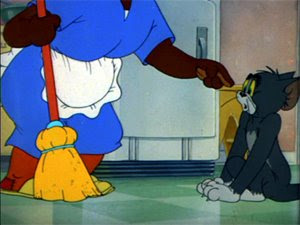 Posted by David Germain at 3:04 PM 3 comments: Links to this post