Regina Fan Expo 2017 is now but a memory 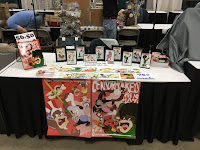 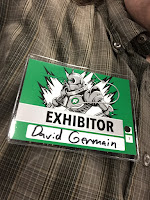 As I'm typing this, many forklifts and trolleys are hauling unsold merchandise and shelving units into large trucks before heading back to their homes either in or out of town.  However, for the general public, it's absolutely over.  Everyone who attended has their own tale of joyous glee to tell about their time spent on that day.  Attendees from the smallest child to the oldest nerd had fun looking at and purchasing many wonderful works of art and exhibitors (in that same basic age range) had fun selling much of their own artwork or any other merchandise they may have had.  Being one of those many attendees, I will now indulge myself and post about my experiences at this fine event for the benefit of everyone who reads this blog (those being random people who were brought here by mistyping a key word in Google and now ask "what the hell just happened?").

I sadly didn't sell as much stuff as last year, but I did make sales.  Also, about as important, I got people talking and generated some interest for my Censor Monkeys Have No Class book as well as the topic of censorship in general.  But it wasn't just the book that accomplished this.  I also freely distributed these cards at the same time: 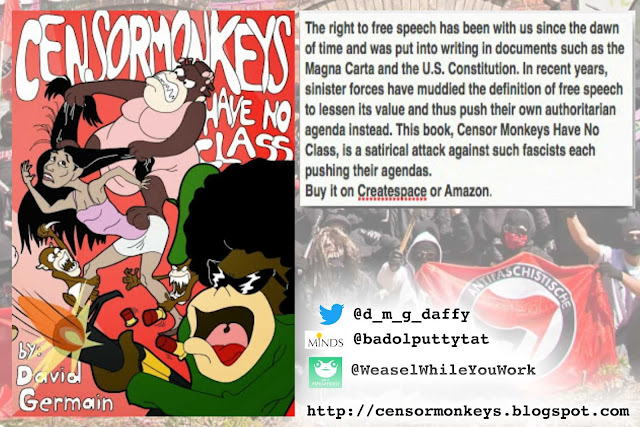 This may have helped as well.  Some assessments of my book that I heard people make at this event were:

"This is the funniest thing I've ever seen"

"Planet of the Apes meets blaxploitation"

One person even commented that the Horrible Mother Monkey looked just like a drag queen that he knew.  I'll just say Ouch for that drag queen.

Of course, just like at last year's Fan Expo and every other comic book seeing event I have attended, there were plenty of fun costumes to see.  Like always, that ones that stopped at my table will be showcased starting immediately below:

Another big highlight of my Expo experience was that the table beside me was promoting a movie that was filmed and edited in Regina, Saskatchewan.  It's a sci-fi thriller called Patient 62.

They said that it will be released on DVD in October sometime.

And that was my 2017 Fan Expo experience.  I'm already looking forward to next year.  Hopefully I'll have my next Censor Monkeys book close to done by then.
Posted by David Germain at 10:21 PM No comments: Links to this post