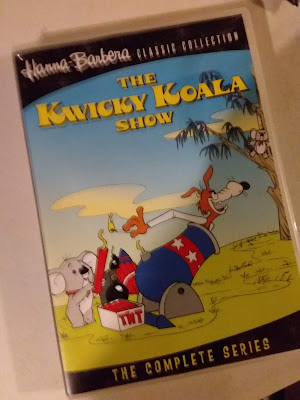 Today is Tex Avery's 111th birthday.  Like I've done on this blog for many years, I will use this day to talk about Tex and his great body of work.  This year, I've chosen to give my overview of the very last cartoon he ever worked on, The Kwicky Koala Show. Before I do, I'd first like to say that it is unfair to compare this show to the forever classic work Tex did for WB and/or MGM.  For one thing, the theatrical cartoons made in the '30's and '40's had a different schedule than the TV cartoons starting from the late '50's onward to today.  For instance, I read that Bill Hanna and Joe Barbera had to make 10 Tom & Jerry cartoons every year.  Each one was about 7 minutes long and cost about $30,000 each to make.  When Bill & Joe had to produce animation for television, they had to make 26 cartoons per year.  Each one cost only $9000 and was about 26 minutes long.  So they and every other animation studio producing animation for TV had to streamline their production so as to get the very basic semblance of movement as possible while staying within their meagre budgets.  Tex Avery had to do the exact same thing when he started working on Kwicky Koala in 1979. 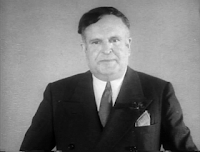 Another big factor was the management system.  At Warner Bros. for instance the boss Leon Schlesinger gave Tex and all his artists so much freedom to do their creative work.  He'd quickly enter and leave many storyboard sessions saying "you guys know what you're doing" and that was that.  Of course, the one time Leon DID interfere with Tex (the debacle with The Heckling Hare) is when things got rocky and Tex ultimately left for MGM.  There at MGM he had to deal with Fred Quimby.  Fred did not like cartoons at all and could not understand the people who made them.  But at the same time, I think he was a man who knew better than to interfere with something that was profitable.  So, much like with Schlesinger, Tex was basically free to play with his creations at MGM. 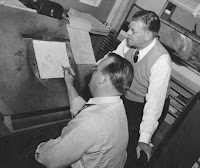 Flash foreward to 1979 now.  Sure, fellow animators Bill Hanna and Joe Barbera are running that studio and would gladly give Tex all the creative elbow room he asks for.  However, there are other people with huge clout looming over their studio that need to be appeased, such as TV executives from various networks as well as various PTA activist groups putting demands on the content. 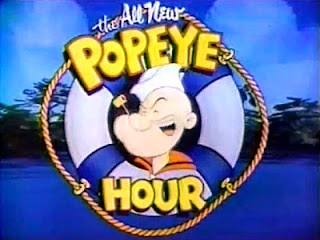 For instance, around that time Hanna Barbera was producing a Popeye show for Saturday morning.  Of course, the fist fighting between Popeye and Bluto had to either be toned down severely or gone entirely.  Then yet another imposition was made with Olive Oyl.  The activists of the day felt that Popeye and Bluto fighting over Olive was demeaning to her.  So everybody's wings were sufficiently clipped for that show.  As stiflingly bad as things were back then, this kind of authoritarian censorship has gotten worse over the years, especially in the UK. 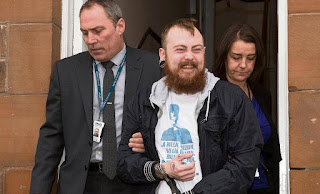 But I digress.  The point is that Tex Avery was not working in the same kind of environment as he was during the golden age and so could only work with the resources that he had.  So, I will now talk about the Kwicky Koala Show and give my assessment of it.

The main star is of course Kwicky Koala. 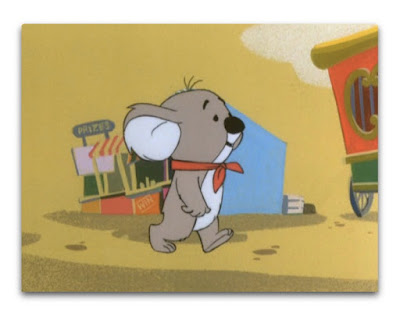 He's basically a mild mannered unassuming type of milquetoast everyman.  His big gimmick though is that he can disappear and reappear at will.  Especially when that dastardly Wilford Wolf is after him. 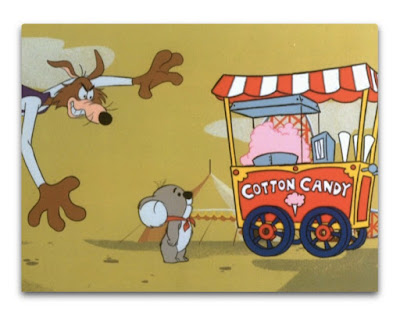 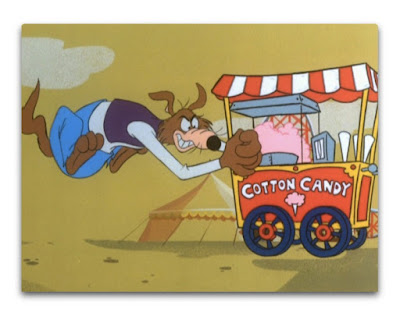 ....misses Kwicky completely because the little marsupial has disappeared... 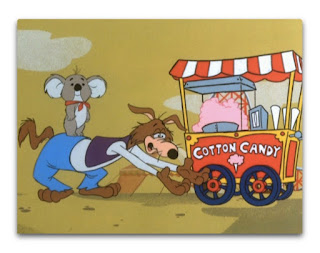 Kwicky then reappears in a whole new location leaving Wilford with a dumbfounded look on his face.  That is pretty much every exchange Kwicky and Wilford have with each other.  Or, as Cecil Turtle might say...

Despite the repetition, it's a fun show to watch.  Wilford Wolf is voiced by John Stevenson and you can tell he's having so much fun doing that voice too.  It must have been a nice change of pace for him after doing the voices of stuffy authority figures like Mr Slate or every policeman and butler in every Hanna Barbera show ever.
This show has other characters as well: 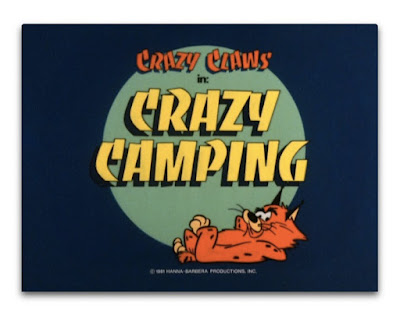 There's also Crazy Claws.  His personality is based entirely from Groucho Marx.  He has a similar voice, makes similar wise cracks, and (true to Groucho form) he would retract any wise cracks he thought weren't good enough.  All the while he's out smarting a prospector with a dog that laughs like Muttley.  There's also a park ranger that has had it up to here with all of them.  He's fun to watch for that reason alone. 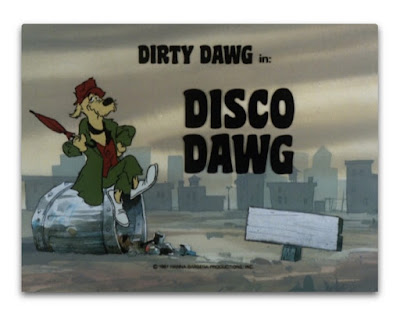 Next is Dirty Dawg.  He's kind of a smooth talking homeless dog that's always trying to talk himself into a free meal whenever he can.  He has a friend named Ratzo and they're both chased by an angry police officer.  I personally wasn't as into this one as I was the other two shows here.  It's too bad because Frank Welker does an excellent job as the voice of Dirty Dawg and you can all he's having so much fun with this character.  Maybe Tex didn't give as much attention to this character? I don't know. 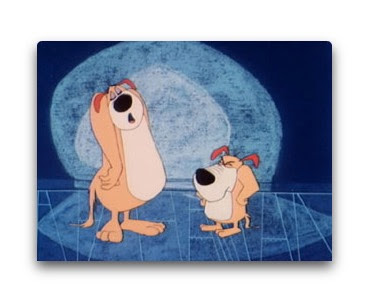 In-between the shows are short vignettes of the Bungle Brothers.  They're trying to break into show business with a vaudeville act................... in 1979.  They might as well try to get a job riding for the Pony Express while they're at it.  I guess the main joke of these guys is that they're so hopelessly behind the times and/or they've been trying for their big break ever since vaudeville was relevant and still hold out hope of playing the big stages in Peoria and Cucamonga.

After watching that entire series, I'm hard pressed to pick out which parts Tex worked on and which parts he didn't.
For one thing, he sadly died part way through production.  On August 26, 1980 Tex staggered into work with his face a sickly shade of green.  He didn't know it then, but that green complexion was there because his liver was failing after decades of heavy binge drinking.  Bill Hanna found him and rushed him to he hospital as quickly as he could.  But, nothing could be done to save him.  Tex left us that day.  So, the rest of the episodes were completed by the remaining crew.  The Kwicky Koala show debuted in the early autumn of 1981.
Also, from my own experience of working on animated shows, I know that they don't always begin production with the first episode.  A lot of times the first episode the crew works on is somewhere in the middle like ep10 or 14.  That way the crew has a chance to get a good feel for the show while making their mistakes.  Then, when the crew feels confident in their abilities and well as how the show will be, then they work on the first episode so they can debut the show with their best efforts.  The theory being that when the TV audience is dazzled by the first episode then they're more likely to forgive any mistakes in later episodes.
So, which episodes had Tex done work on before the day of his passing? Your guess is as good as mine.  It would be great if any living artist who worked on that show could give their insight of their experience that would be great and super helpful.

I will end this post with a Kwicky episode that Tex Avery may or may not have worked on, but it certainly has a story structure similar to cartoons Tex did in the past like The Blow Out and Dumb Hounded.  I'd like to think Tex so much of his time on this one, but again clarification of that would be helpful.

Either way, enjoy.  Also, happy birthday, Tex, wherever you are.

Posted by David Germain at 11:19 PM No comments: Links to this post