What Do I Think of Cancer? Well... 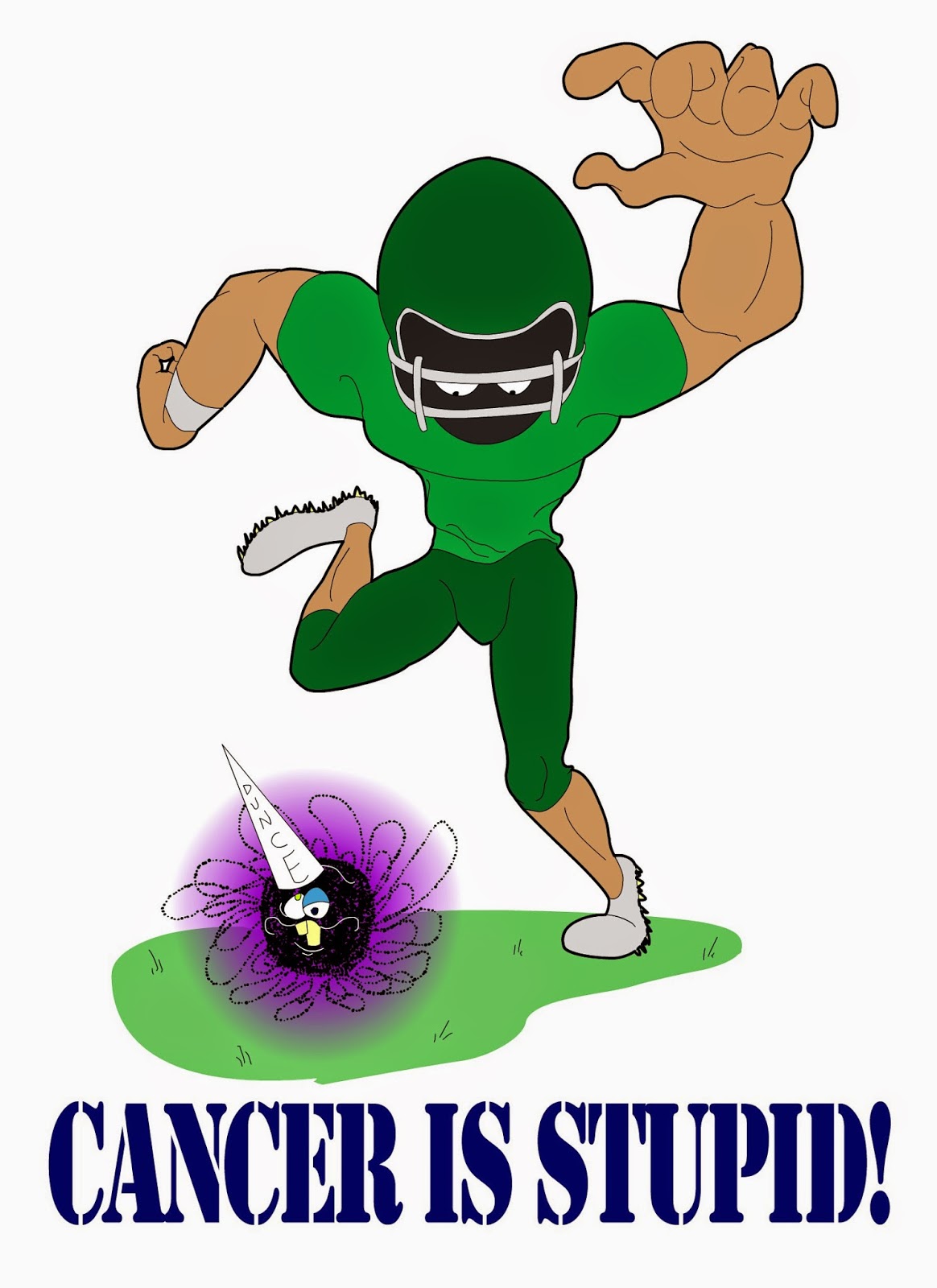 I think very few people will disagree with me on this.

What inspired this brash new opinion of mine?  In the autumn of 2014, my own mother was diagnosed with Cancer in her uterus.  Hearing that news scared the whole family, my mother most of all.  We grew even more concerned when we were told that the type of cancer she had was "the most aggressive".  The doctor also informed mom that the operation itself has a 35% survival rate.

I remember my mother sitting in quite solitude after hearing that.  It was quite apparent that she was reflecting on the thought of no longer being on this earth. And I think I speak for me and both my sisters when I say that no amount of inheritance could replace the love and support mom has given and continues to give us.  I know for me personally I rely on her financial advice every tax time. Plus she's a swell babysitter for my sister's kids.  She would leave a huge hole in our lives if she left now.
So, I think it was for that reason that she summoned the courage to keep going.  She saw that 35% and decided that rather than look at that glass as 13/20ths empty she would look at it as 7/20ths full.  So with that, she bravely marched into the hospital to have her operation and just let the consequences be what they'll be.
Well, that very same day, her uterus was removed and she survived.  She had to stay in the hospital for about a week.  Then she was considered ready to come home. She needed a cane to walk around anywhere (whenever she felt brave enough to go anywhere).  It took about a month before the stitches healed.  After that the chemotherapy began.
As of right now, she has a few chemotherapy sessions to go and we're not 100% sure if all of the cancer was removed from her body with that operation.  But, she does seem to be recovering.  For one, she doesn't need the cane anymore.  She's also been driving her car lately, something she wouldn't even think of doing about a month ago.
So, to commemorate this ordeal, I made the above illustration.  Then, as a Christmas present, I put that drawing onto T-shirts and gave one to each member of the family, including mother of course. 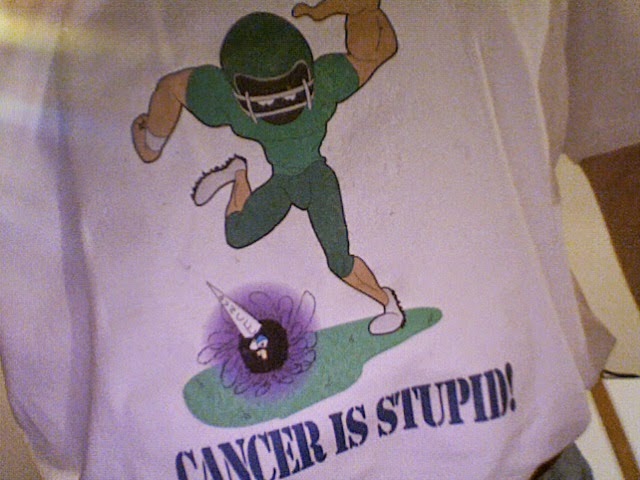 They all appreciated them very much.  But, above all they appreciate mom will be around for a nice long time.  Oh hey, next month is her 68th birthday.  Feel free to wish her a happy birthday either here in the comment section or on Facebook if you're friends with her there.  Let her know you're glad she can celebrate another birthday. 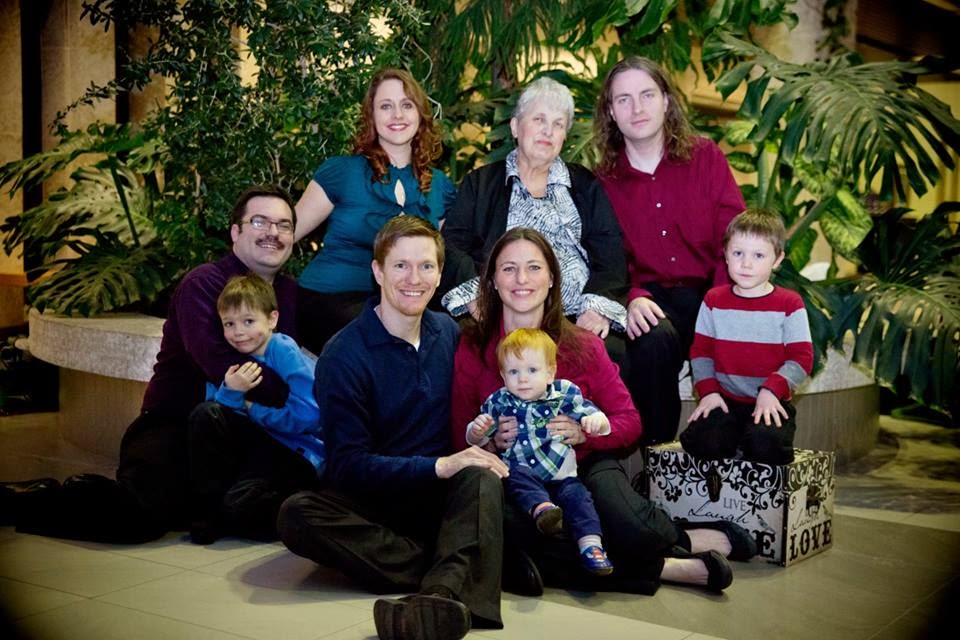 Posted by David Germain at 4:29 AM No comments:

I'm adding my voice and my art contribution to the many many other who are disgusted and irked by the attack on the Charlie Hebdo satire magazine in Paris France.  So here it is: 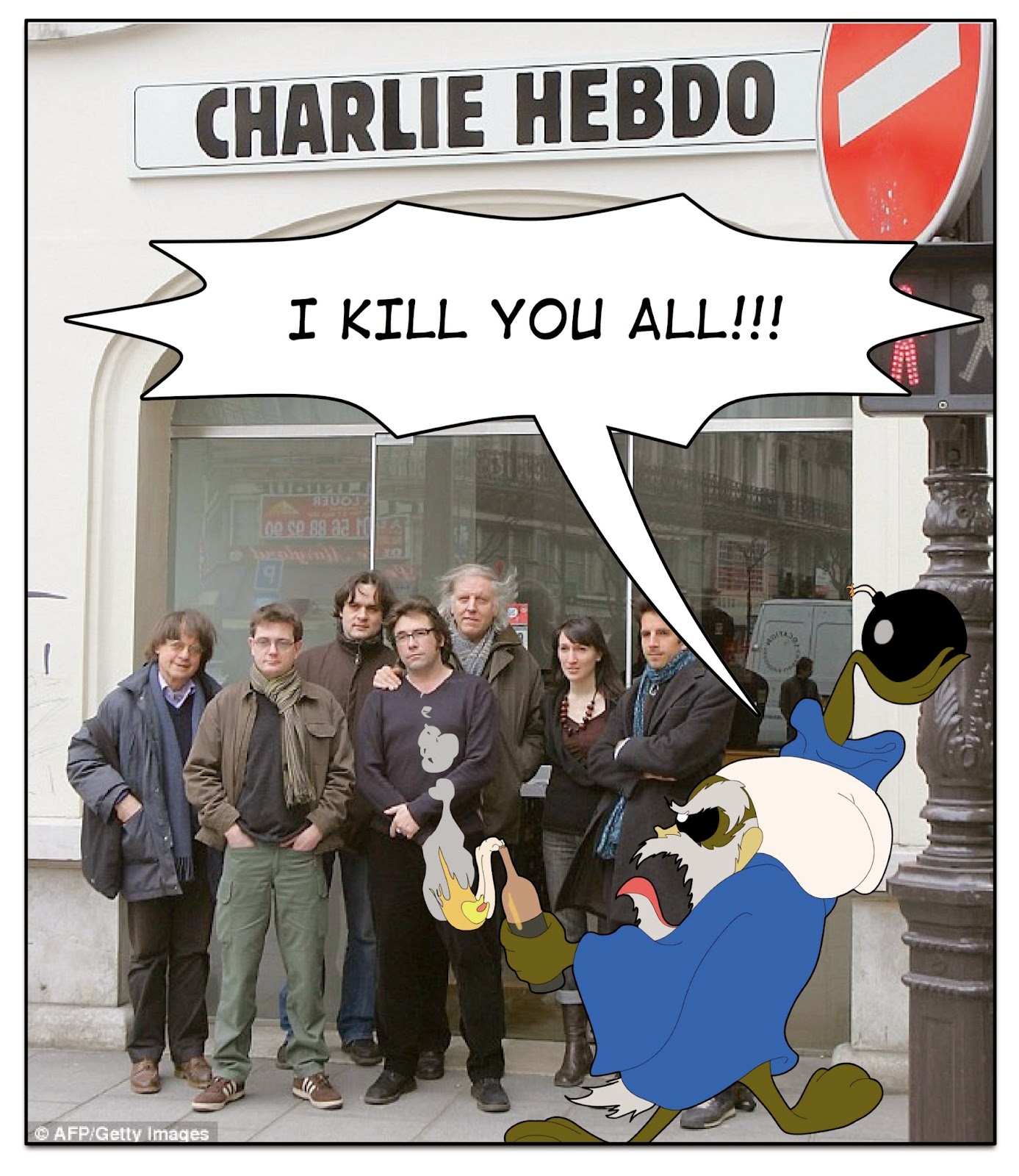 Take THAT, terrorists!!!  That freaky little monkey dude is what you look like to us.

At various conventions where I've sold my Censor Monkeys comic books I receive many puzzled looks from people.  They seem unable to understand what these monkeys are about (even though their "motus operandi" is in their name).  Well, to those people I say, THIS VERY THING is what they're all about.  Each one of those monkeys represents a relentless agenda to silence all points of view that don't resemble their own.

ISIS is just the most recent and most militant group to push their ideology on the world.  Before them, various other anti-defamation leagues and political correctness focus groups have eroded much of our freedom of expression all over the world.  Granted they aren't cutting off people's heads or killing anyone in cold blood, but they have their own bullying/verbal castration tactics.

But of course, the absolute saddest part of this whole situation is that some gifted, brilliant, and courageous artists lost their lives to a terrorist group that has every intention to kill again.  At the same time, it fills my heart with elation to see so many still living artists NOT silenced by these heinous acts.  I just one day, the amount of anti-Muslim extremist cartoon satire has increased at least 1000%.  So it seems that ISIS has caused the exact opposite reaction to what they wanted.  I believe (or at least I hope) the term for that is "poetic irony". 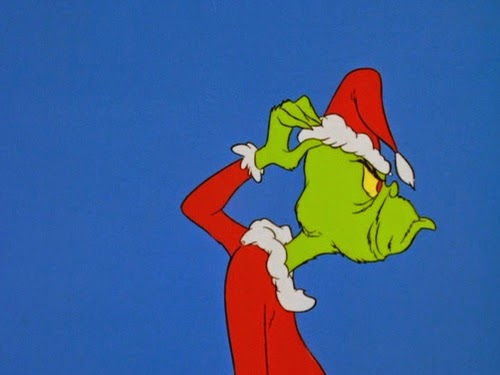 This shows hope for the world.  There is a spirit of expression that can and will flourish even under the thumb of the harshest dictators.  These Censor Monkeys are fighting a losing battle.  Inside they are all just frightened children lashing out at their self-imposed boogeymen.  They attempt to destroy all that they can't understand and therefore fear, not too dissimilar to those at a Zine Fair some years ago.  What they don't realize is that no matter how much they are able to seize control of words or images, they can't control ideas.  Much like the Grinch, even though he stole Christmas from the Whos, he couldn't steal their idea of Christmas.

Oh, before I end this post.  I have someone here who has one final message for ISIS.  Ok, Jerome, it's all yours now.  Go ahead:

Did you hear that?  One Mr. Jerome Horwitz otherwise known as Curly Howard of the Three Stooges just told off the Muslim terrorist group ISIS.  AAAAAAAAAAAAAnd as most people might know, Curly was one of Israel's many children, a Jew.  Need proof?  Here's his headstone: 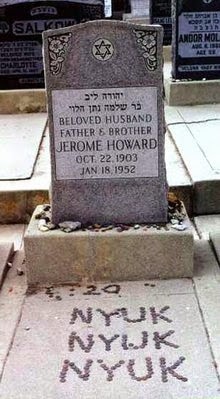 There you go, ISIS.  I hope you're all proud of yourselves now, in that I hope you feel as ridiculous as you look to us.
Posted by David Germain at 7:51 PM No comments: