Another happy birthday to Tex Avery 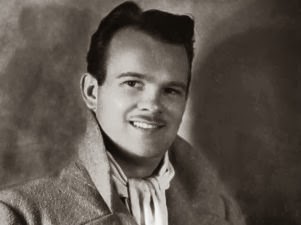 At any point in Tex's life had he drank some type of perpetual rejuvenation potion that would allow him to live forever, he would be celebrating his 106th birthday today.  One wonders what he'd be creating in today's animation industry with all it's faster computers, CGI animation, and tons of corporate interference.  We can only speculate on that point so there's no dire need to discuss that at any length.
Today I would like to talk about one aspect of Tex's work that I admire.  Any political references in his cartoons seem to be non-partisan.  Many great, if not all great satirists are like that.  It makes it easier for them to see the big picture and thus have a more nuanced point of view.  You know they're not pushing and agenda and when discussing a topic constantly pulling things out of their asses and shaping it to fit their agenda.  There's too many of the later kind of agenda-pushing "satirists" around these days.  In America, most of them end up on either Fox News or its polar opposite (yet comrade in blind myopia) MSNBC.  In Canada we have The Sun.  Other countries have their own versions of these channels of course.  All that cacoaphonic bickering just sounds like bratty kids demanding to have that toy and the other kid to have nothing.


If Tex was here today he wouldn't putting up with any of this nonsense.  He certainly didn't in his own lifetime either as evidenced by the screen shots I've provided: 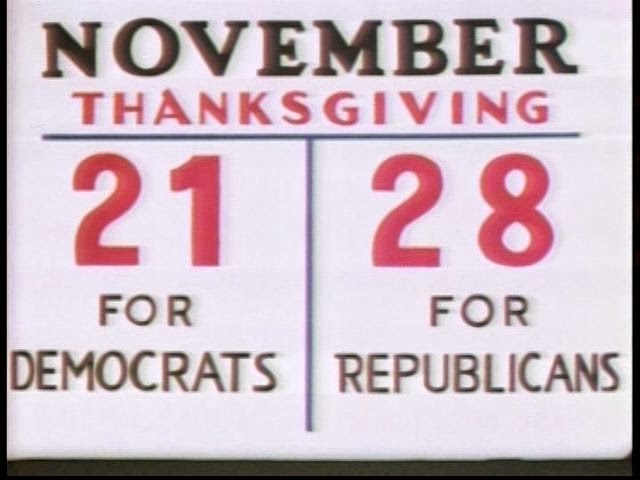 Here's a gag from a cartoon he did at Warner Bros. called Holiday Highlights (c. 1940).  At the time there was a debate about whether Thanksgiving should be moved a week earlier.  Republicans were saying 'yes' and Democrats were saying 'no'.  A global conflict was gaining serious momentum in Europe and the South Pacific region yet this is the issue that congress was debating over.  Whatever.  Regardless, it's obvious that Tex took no political sides with this issue.  The gag here is essentially a ridiculous compromise that condescends to both sides.  It's a similar gag in the next shot too.

This is a gag from Aviation Vacation (c. 1941) also at Warner Bros.  (click on it to enlarge if you have to) This time he's adding two more faces to Mount Rushmore: Wendel Wilkie for the Republicans and Franklyn Roosevelt for the Democrats.  Of course, to coincide with the most recent election, he would have put Barrack Obama and Mitt Romney up there in their place.  Again, Tex is offering an outrageous compromise to over-sized ill-behaved children. 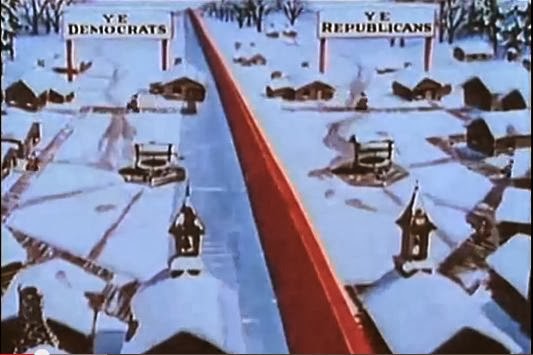 And here's something from one of his MGM cartoons Jerky Turkey (c. 1945).  The cartoon begins with the Pilgrims coming to this new land to create Amreica.  It seems the first order of business when establishing a settlement is to divide "Ye Democrats" and "Ye Republicans", making the statement that America was pretty much founded on this silly conflict. 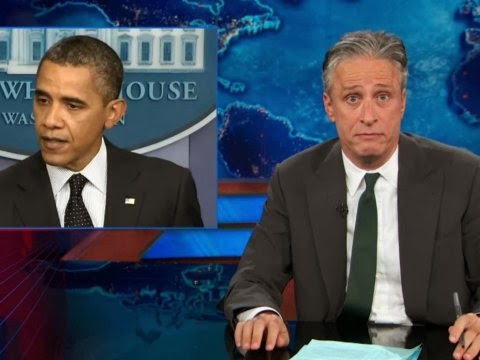 There are some good non-partisan satirists around today though.  The two most famous and most obvious are of course Jon Stewart and Stephen Colbert.  Their target seems to be the incredibly biased reporting done by the networks who push the extreme political ideologies thus tainting all of their news.  But then starting in the early 2000's, when George W. Bush's administration was doing some reprehensible things, then their targets began to include politicians themselves.  I know alot of people see them as "in it for the left" but that's not at all true.  They attack the right wing politicians and pundits for their displays of bat-shit insanity while they attack the left wing politicians and pundits for their inability to cope with the bat-shit insanity of their opponents.

Well, we do know one political agenda that Tex Avery had, he certainly hated Adolf Hitler (just like anyone with a conscience should).  And so, he quickly joined Charlie Chaplain, The Three Stooges, Spike Jones and several others among the ranks of Hollywood's artists who made films attacking the Third Reich.  So I will end this post with Tex Avery's Oscar Nominated masterpiece The Blitz Wolf.

Enjoy the show.  And thank you Tex for everything.
Posted by David Germain at 3:54 PM No comments: 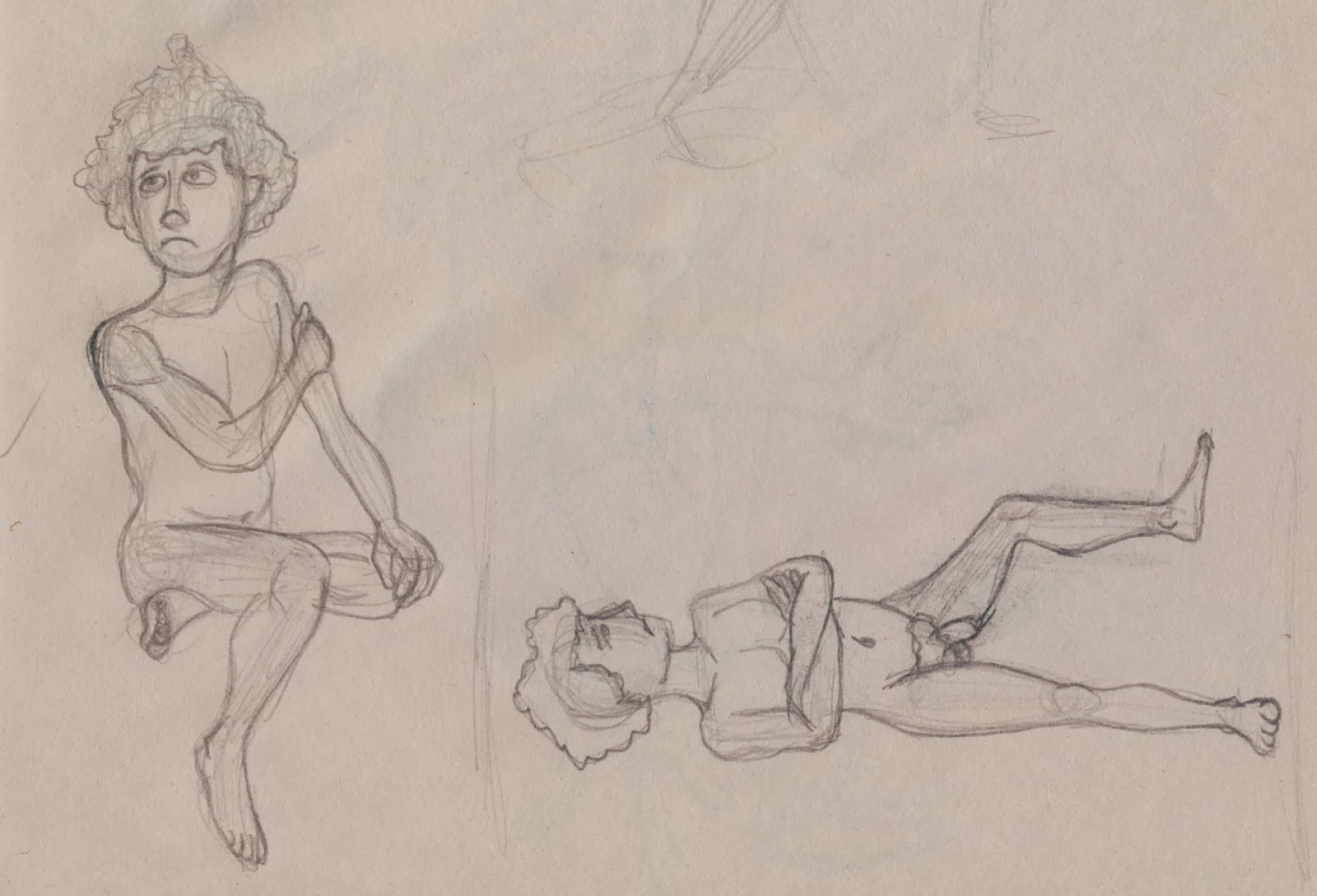 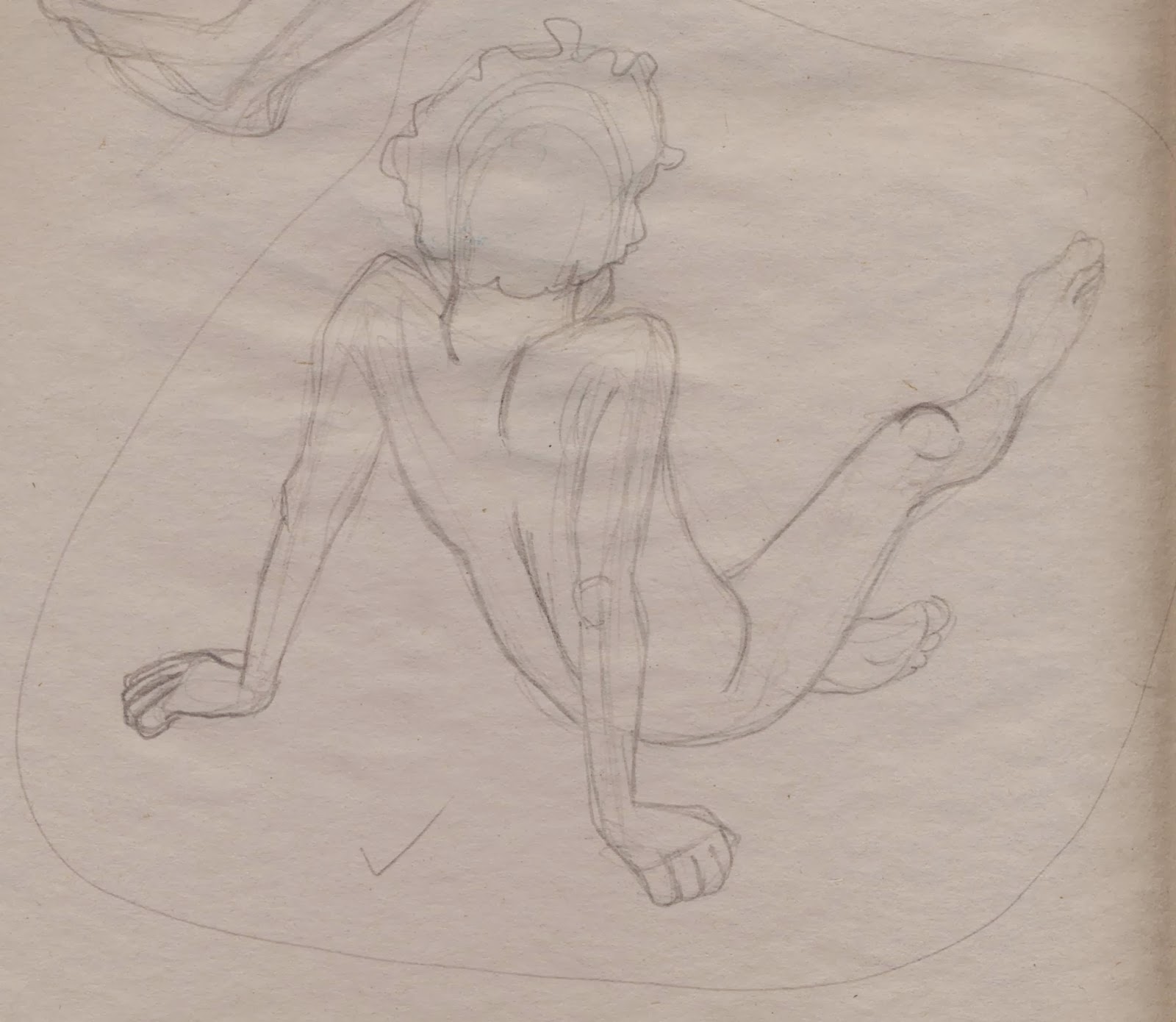 Life drawing is great fun.  It certainly wasn't my strongest subject back at animation school, but nonetheless is fun to practice.  Recently I've been going to this life drawing session held at Plan B 2180 Gottigen St. in downtown Halifax.  It starts at 7:00 pm and goes until about 9.  If you live in the Halifax area and have an interest in drawing then coming here at that time with art supplies ready is a good idea. 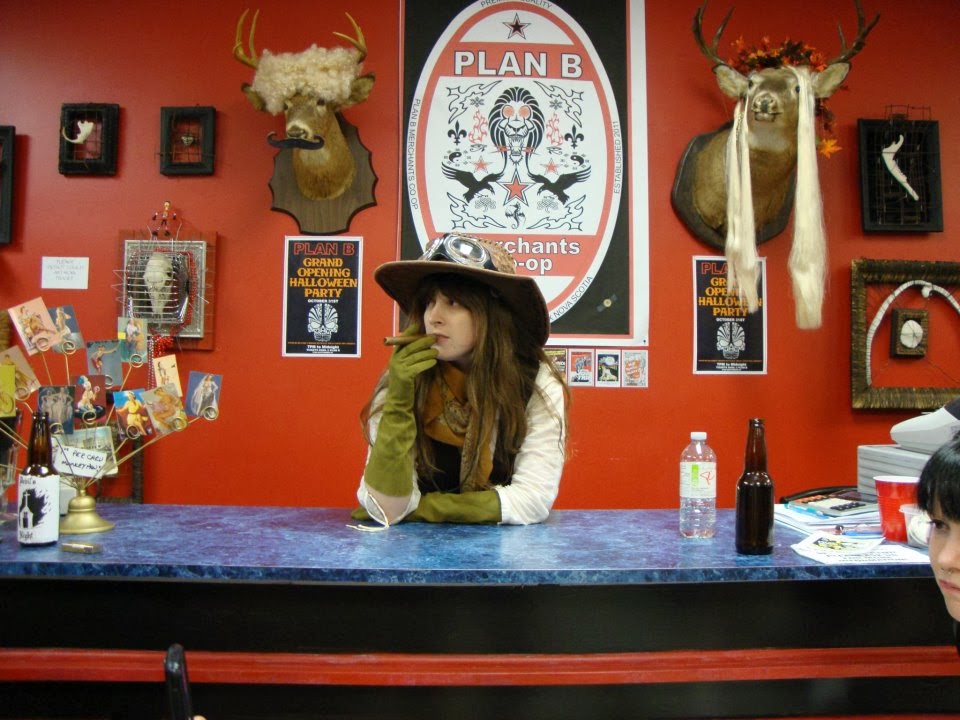 Posted by David Germain at 5:52 PM No comments: