On December 11, 2016 I got married to the loveliest lady and my best friend of all time, Janet Alaan. 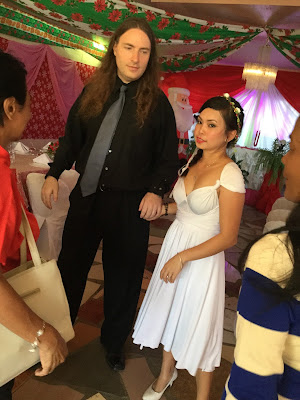 It was a fun ceremony that I wish the entire world could have been there to witness.  Since that would be impossible without petroleum jelly and a shoehorn, the next best thing would be for me to post some pictures here and give a brief overview on the event.  There are some similarities to the basic wedding format most people are used to but in the Philippine wedding some things are uniquely their own. 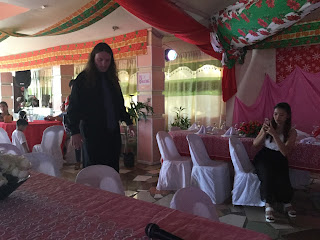 It starts with the groom walking down the aisle first to take his place in front of the alter. 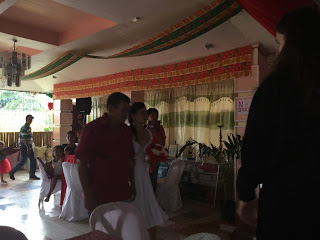 Then here comes the bride accompanied by her own father. 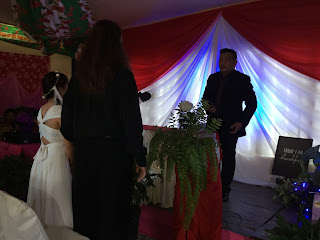 While the two of us are at the alter, the pastor says some stuff about marriage. 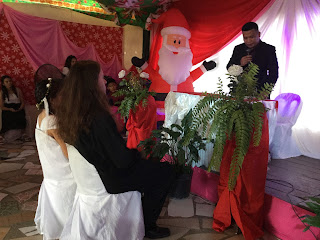 Then we sit down while the pastor says more stuff about marriage. 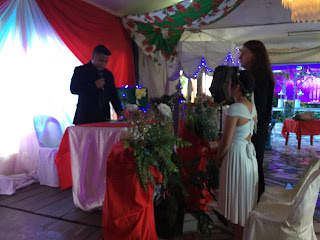 Then we stand up again while he says more stuff about marriage.  That's always fun. 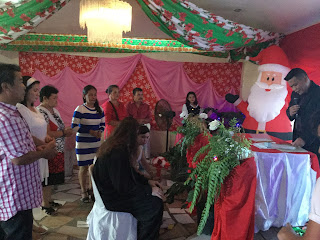 The bride and groom are once again seated so that the family and the pastor can bestow blessings upon them both. 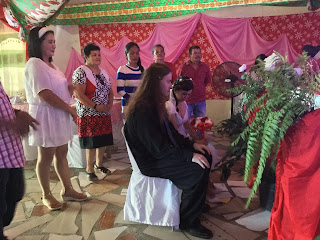 They further emphasize that blessing by throwing flowers at us.  There's some in my hair and on my sleeve in this picture. 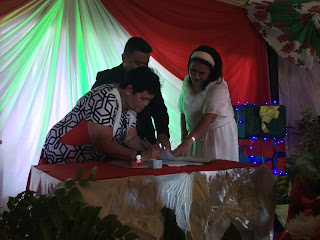 Next, the witness sign their names on the marriage license. 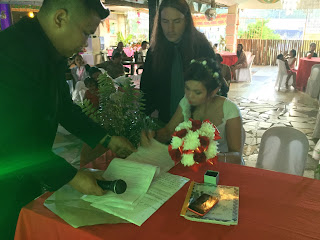 Then the bride and groom add their much needed signatures to the license. 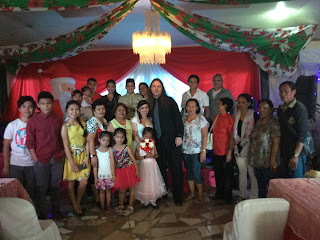 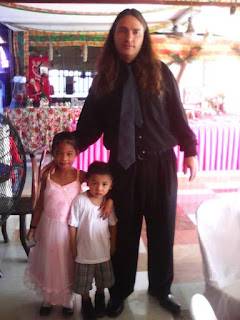 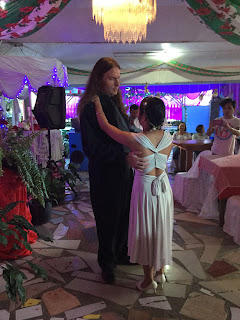 Then it's the bride and groom's first dance together.


We danced to this song by the way. 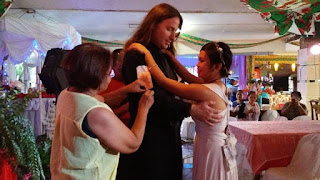 While we're dancing, members of the family come up to us and pin money to our clothes.  My wife has since gathered up that money and put it into a bank account.  That's very smart of her. 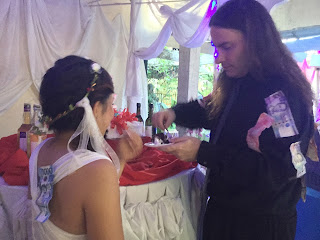 Next the bride and groom do some schtick with the wedding cake.  Before the ceremony I had no idea we were supposed to feed it to each other.  Needless to say, I messed this part up.  DOH! 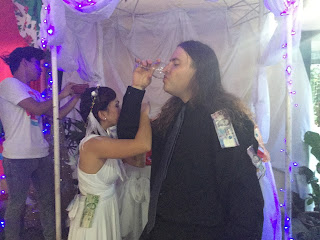 Then we do this thing where we lock arms and drink a glass of wine while the bride's teenage cousin photobombs us.  It's a sacred tradition that goes back before Magellan even. 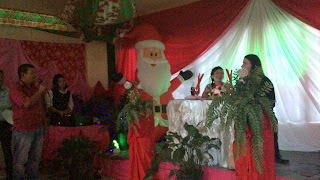 Then speeches are given.  The bride's father(pictured) and mother and aunt all gave their speeches.  Then the groom and the bride got our opportunity to speak as well. 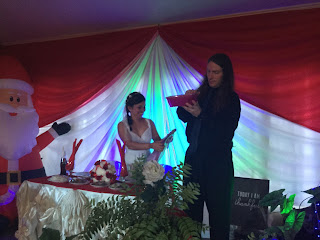 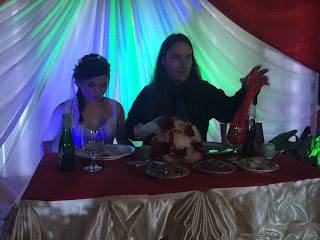 And finally the entire ceremony ends with a hearty feast. 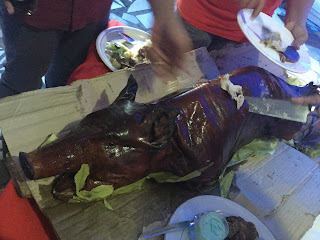 The main component of the meal is the lechen baboy or 'roast pig'.  In the Philippines, a celebration is not complete without it. 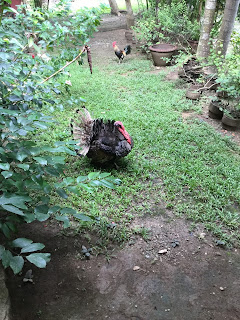 Yeah! Then there was this little asshole.  I and my bride to be were just relaxing in front of our hotel enjoying our little electronic devices when this turkey starts getting all up in our faces.  If he's the hotel's manager then he really sucks at his job.  But if he's just some random turkey then he has no business being there and needs to go someplace where he'll be appreciated (like in a big plate stuffed with loads of soggy bread.  I know I shouldn't encourage cyberbullying or dog piling in any way but I don't care.  Everybody go find this creature's social media accounts and make his life hell.  Do it now.

And that was my wedding in the Philippines.  I'm sure fun was had by all who could attend.  Even though my Canadian family was unable to attend, I'm glad that I can give them all a great Christmas present: a new daughter-in-law/sister-in-law/aunt as well as a new grand daughter/niece/cousin! 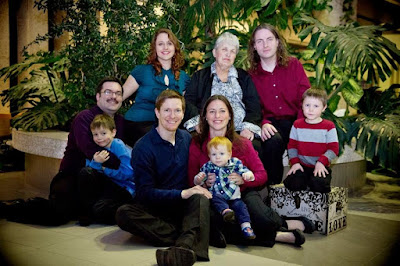 Posted by David Germain at 1:28 PM 3 comments: Links to this post