Do you want to see how my next book is coming along? 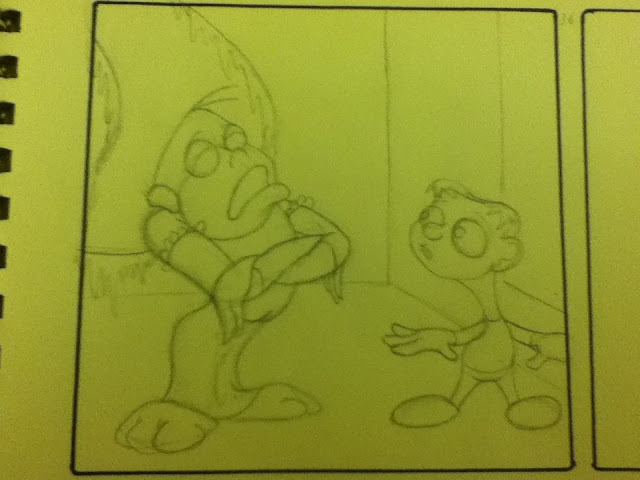 Here's a rough panel from it.  I can't wait until it's finally done!
Posted by David Germain at 8:48 PM No comments:

Recently my cousin asked me to put some art work onto a piece of his guitar.  Spoiler alert: I said yes.  Immediately below is the first preliminary sketch I made. 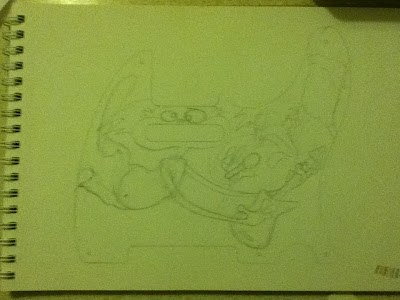 Sorry for the blurriness of this picture.  I took it with my iPhone.  Anyway, I showed that to my cousin and he approved of it.  So I went ahead and finished it off.  Here it is: 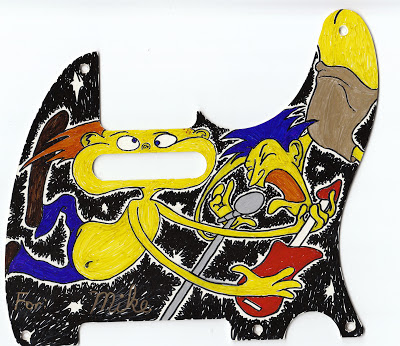 I'm sure that will enhance his musical presence.

Speaking of which, I should give his band a shameless plug.  It is called Have (pronounced Ha-vey).  I tried to find some footage of them playing but with no such luck.  So you'll have to take my word for it that they completely and thoroughly rock the joint.  The best I can do right now is post one of their album covers: 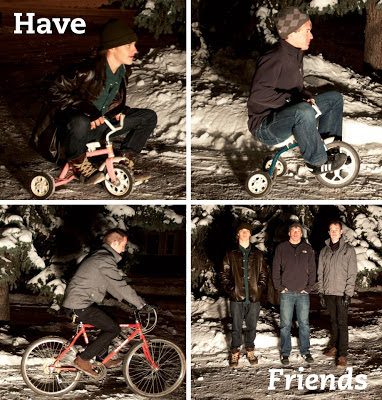 I do have a photo of them performing:

It would be a good idea to post a link to their Facebook page right here too.  Go there and give that page 500 million likes.

Posted by David Germain at 12:10 AM No comments:

Recently, a very very very VERY VERY VERY close and dear friend of mine named Janet Alaan gave me a drawing challenge.  She asked me to draw a duck with just one stroke.  Challenge accepted!!!  The result is the picture below.  You tell me how I did. 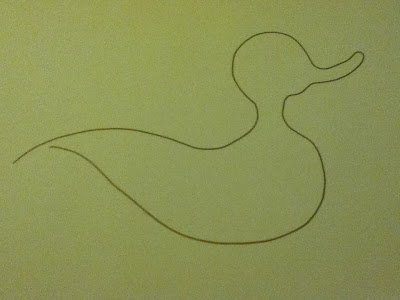 After that I was still feeling creative.  So, I also drew a duck HAVING a stroke.  Poor guy. 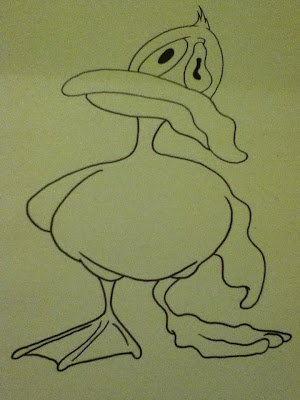 Should I issue an apology to any real stroke victims, ducks or otherwise?  NAAAAAAAAAAH!!!!!

Add: here's Janet's drawing of a duck done in one stroke, with wings even.  (Although I think the eye makes it 2 strokes). 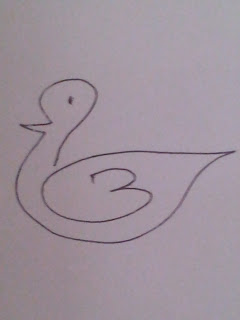 She's an artist too.  If you know Janet Alaan, let her know you've seen this.
Posted by David Germain at 12:17 AM No comments: