Planning a trip to the windy city?

If so, you'll want to watch this short video first.
Posted by David Germain at 6:07 PM 1 comment: Links to this post 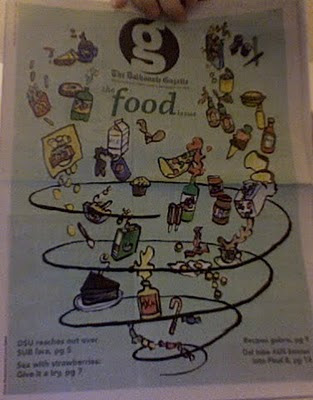 Once again, a little comic of mine has appeared in the Dalhousie Gazette. This issue is all about
food, but my comic is not. Here's the comics page below. My comic has the bunnies in it. 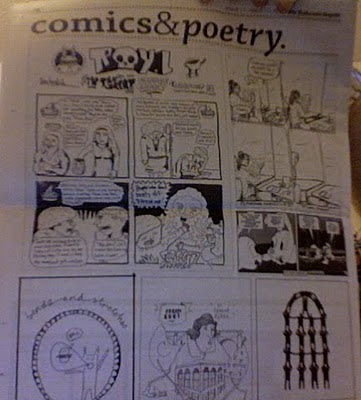 You obviously can't read the speech balloons no matter how far you zoom in to the picture, so I will indeed post the original comic from my computer. Enjoy! 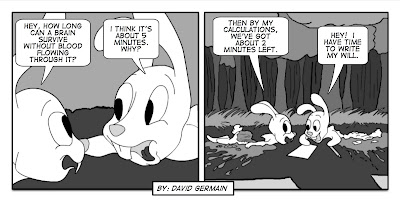 I find it rather interesting that they found the breast-feeding joke in the last comic too gruesome but they think the dying bunnies are just fine. Everyone has a different drummer to march to I guess.

Oh, hey, I guess now I'll post some book news. I'll be selling copies of Jesus Needs Help at a Flea Market this comic Sunday March 13. The address for this is 613 Main Street in Dartmouth, Nova Scotia. Anyone who lives in that or in any surrounding areas, come down and see me, maybe even buy a book from me. I'll even autograph it if you ask.
See ya there!
Posted by David Germain at 4:38 PM 1 comment: Links to this post