Is there anything wrong with Pokemon? 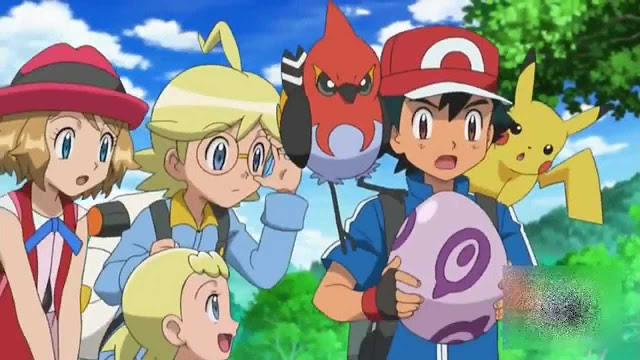 Well, it's a vapid one-dimensional pile of fluff that has absolutely nothing that holds my interest.  Of course, that's merely my opinion.  From an objective point of view, it's a show that exists and has a sizeable fanbase since it's debut in Japan in 1997.  The show's immense popularity has even spawned an app called Pokemon Go that is right now a huge phenomenon sweeping the world.  I know my bro-in-law and both his sons (my nephews) enjoy it very much.

So is there a big problem with this franchise?  Meet the dipshit who thinks there's a problem.  His name is Jonathan McIntosh. 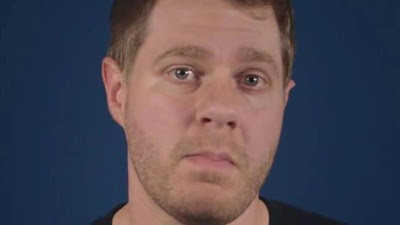 His work is familiar to anyone who's ever found themselves sitting through the insipid ramblings of Anita Sarkeesian as she blames all of society's ills on video game cleavage.  He was one of the people behind the scenes on her Youtube videos who helped make that happen.  I do believe that he's the human puffball that coined the phrase "toxic masculinity" as well.
He has since departed her empire for who knows and who cares what reasons in order to embark on his own video series dissecting popular culture from his own myopic perspective.  He recently went on Twitter to offer his analysis that anyone with a functioning brain can see came straight from his (possibly abused) ass: 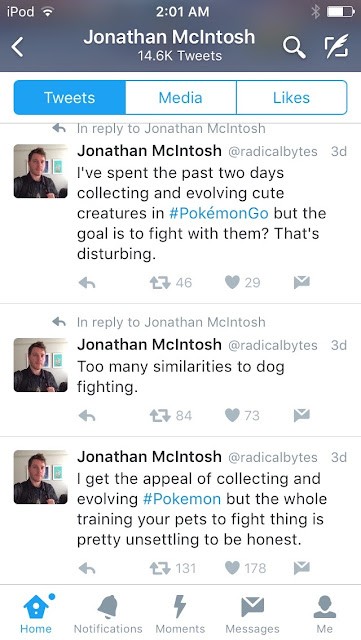 BWAAAAAA HA HA HA HA HA HA!!!!  Dog fighting???  Oh ok!  We're all Michael Vick now because of Pokemon.  What a fucking idiot!  Back in January I made a post about another real-life Censor Monkey.  This McIntosh is not criminally heinous like that one but he is equally a pain in the ass nonetheless. Basically, his Twitter rant constitutes the rhetoric of two of the Censor Monkeys:  the Horrible Mother Monkey for making it seem like the show is bad for kids and the Psychologist Monkey for implying that it could have a negative psychological effect somehow.  But of course what he's really saying is "I can't handle it so nobody else should be able to either" which is typical of his ilk.

I'll give another reason why this asshat is stupid and wrong.  It has to do with the making of the Bugs Bunny cartoon Bully For Bugs. 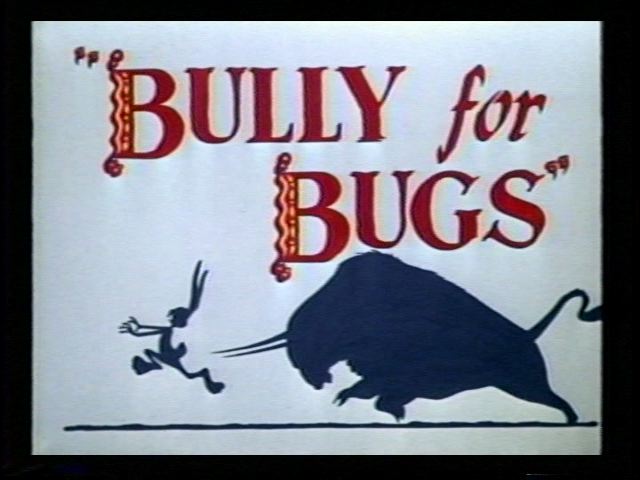 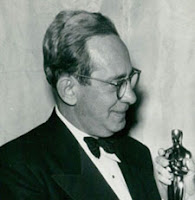 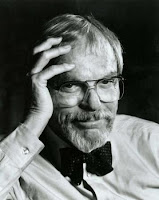 It all started one fine day in the early 1950's when animation director extraordinaire Chuck Jones (to the left) was killing some time by practicing his doodling which he did quite often.  While pondering what to draw, he remembered that he'd never tried to capture the hulking mass of a bull's muscular structure.  So, he felt this was an opportunity to do just that.  After he had drawn several bulls (some better than others according to his opinion I'm sure) the producer and head boss of the Warner Bros. animation studio Ed Selzer (to the right) was walking by and looked over Chuck's shoulder to see what the doodles were.  When he saw that they were bulls he sharply bellowed "NO!  I don't want any cartoons about bull fights.  Bull fights are NOT funny!"  This rang a bell inside Mr. Jones' head.  He had no intention of making a bull fight cartoon before that.

But, Mr. Selzer had a nice long track record of being wrong so far (and there were many more incidents to come in the future). 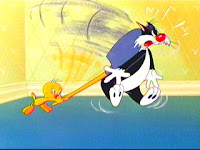 For instance, Selzer did not want them to pair Tweety with Sylvester.  He then looked the fool when their first cartoon together won Looney Tunes' first Oscar.  He also thought that nobody would laugh at or even appreciate a Pepe Le Pew cartoon.  But, in Selzer fashion, he had to eat those words when the third Pepe Le Pew cartoon won an Oscar.  He also objected to the name of the first Roadrunner & Wile E. Coyote cartoon Fast and Furry-ous stating that "furious is spelled wrong". 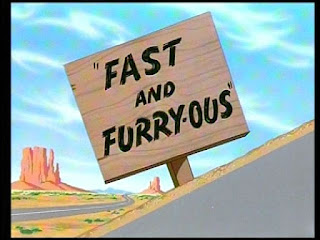 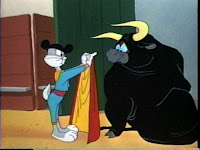 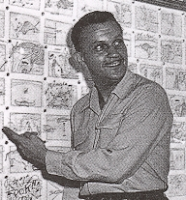 So, since he'd been wrong about so many other things, Chuck knew he had to be wrong about bull fight cartoons as well.  So right away Chuck got together with his main writer Mike Maltese, told him what had just happened, and the two of them got to work coming up with ideas about Bugs Bunny doing some bull fighting.  To both of their delight, all the elements came together quite easily.  The end result was the aforementioned Bully For Bugs.  It didn't win an Oscar or any other accolades, but it always makes pretty much everyone's top 10 list of Bugs Bunny's filmography.

I brought all of this up because McIntosh's sentiments about Pokemon seem eerily similar to Selzer's opinion of bull fight cartoons.  Because of this uncanny parallel, I would like to suggest we all do to Jonathan McIntosh what Chuck Jones, Mike Maltese, and everyone else at the WB studio did to Eddie Selzer.  We should ignore and even defy whatever authority JM thinks he has pretty much to the point where we're doing the exact opposite of what he says.  If he's got a crybaby problem with all of these Pokemon creatures fighting each other, then I implore all who are using this Pokemon Go app to collect all of the creatures you can and have them all fight in what could look like the biggest drag-em-out, glove dropping, bench clearing, tooth finding, hockey brawl the world has ever seen. 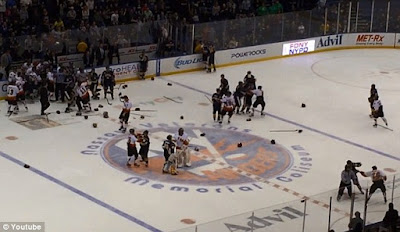 Oh and definitely feel free to enjoy the fruits of Chuck's and Mike's labours Bully For Bugs embedded below.


For all of those hardcore Pokemon fans out there, this is what a cohesive story with a satisfying conclusion looks like.
Posted by David Germain at 2:09 PM 4 comments: Links to this post

Here's some animation of the Great Gazoo that I just did today.
Posted by David Germain at 3:22 PM No comments: Links to this post