Recently, I joined a facebook group called "Let's All Draw Gay Pelicans Instead of Mohammed Day". So, that's exactly what I did. I don't know about you, but that pelican looks quite happy to me. 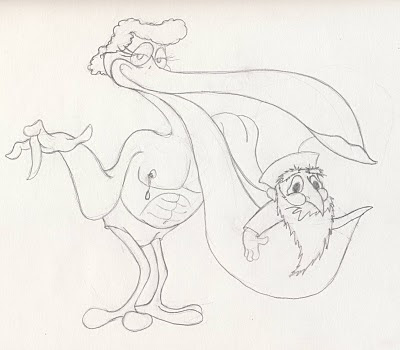 NNNNOOOOOOOOOOO!!!!!!!!!! That is NNNNOOOOTTTT Mohammed inside the pelican's beak. That is in fact a diminutive version of Osama bin Laden that I used in an experimental student film quite a few years ago. Although, that film of mine does have an appearance by Mohammed in it (and he is most likely not portrayed the way most Muslim would envision him). The only place I put it up online is on my facebook profile. Who double dog dares me to post it somewhere else?
Posted by David Germain at 5:45 PM No comments:

A comission for a friend

Recently, a friend of mine asked me to do a simple drawing for him. He said he needed it for his job. Right now, he's in Korea teaching a room full of Korean students.................. how to be an American I guess. 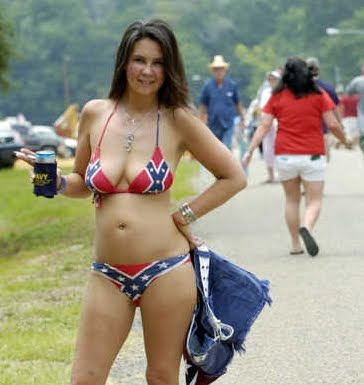 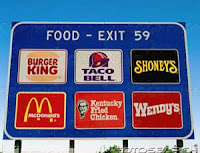 Well, whatever his curriculum is, one upcoming lesson of his is all about the truth about fast food. I'm sure he plans to go in depth into how it's processed as well as how it's advertised (because you can bet they put much more effort into ad campaigns than they do into the actual food). Anyway, he asked me to draw a cow that is "in no way, shape or form" enhanced with steroids. Here was my first attempt: 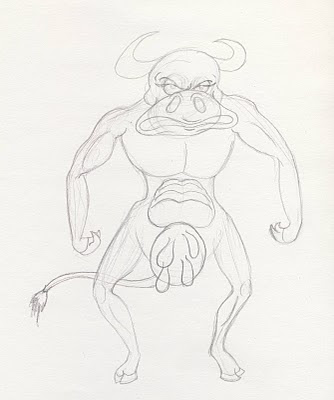 A nice enough drawing. But, he found that the face looked too mean, the muscles weren't comically exaggerated enough, and that the udder looks like four penises (although having more than one penis would come in handy sometimes, he felt that this would not be an appropriate image for 14 year olds. They're too young to know why four penises could be beneficial). So, I made a second attempt that he liked much much better. Y'know, I like it better too. 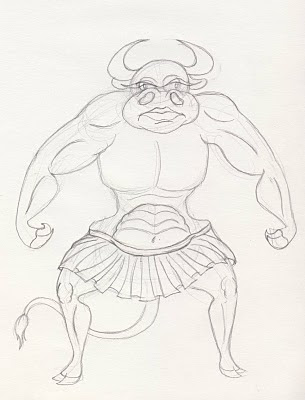 I hope he gives those Koreans a heaping helping of that thar "book-learnin' " so's that they gets the ejumacation they needs.
I'll leave you now with a Canadian point of view of Americans.
Posted by David Germain at 8:17 AM No comments: