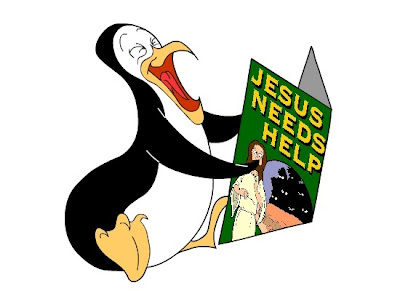 See?
Posted by David Germain at 9:46 PM No comments: Links to this post

Some work coming my way

I'll take a little break from promoting my comic on this site to talk about a job I'll have in the near future. The good people who run the Dalhousie Gazette at the Dalhousie University here in Halifax want me to do some artwork for them on a regular basis. They want either comics for the comic section or illustrations for their opinion section. This should be some good work expereince for me, that's for sure.
Immediately below is the first comic I tried to submit. On the phone, they told me that the entire staff had a creative discussion about it and eventually decided not to run it. However, the managers of this blog went into a meeting about it and all unanimously decided that the comic was indeed ideal for this blog. As you can see, I weigh in with my opinion about the recent controversy over the reprint of Mark Twain's Huckleberry Finn. I think the comic speaks for itself about what my opinion is. Read for yourself. 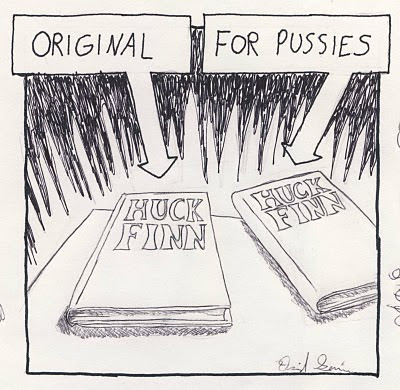 Viva la free speech.
Posted by David Germain at 5:46 PM No comments: Links to this post 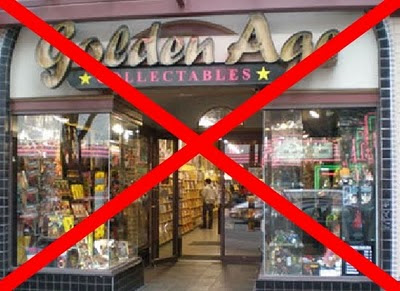 I've just been told that Golden Age Comics in Vancouver is no longer a location that will be selling my Jesus Needs Help comic. It seems that one employee was happy to accept the comics for retail, but then another grumpy type of employee overrode him and flat out rejected 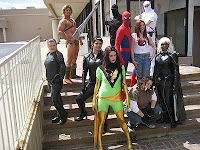 them. I'm not mad at anyone over this. It happens all the time when one is selling a comic, both to upstarts and veterans alike. That's not the only store in the world. I can easily take my business elsewhere.
This situation has piqued my curiosity however. I wonder what it was about my comic that upset him so much. Could it have been the subject matter? That doesn't seem too likely. From what I've

observed, comic book fans for the most part are notoriously hard to offend with subject matter. You could make the most blasphemous comment against God, country, and their momma and they would not even flinch. They would laugh uproariously until they lost the ability to breath, and then once their respiratory system was operational again, they'd continue their laughter, even if the joke wasn't all that funny. They'd tell you that you should have added more stuff about sodomy and pig's blood. BUUUUUUUUUUTTTT, if 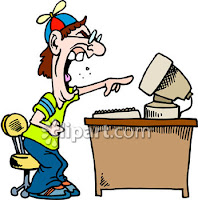 you make the HORRIBLE MISTAKE of confusing Batman with Spiderman or something equally as heinous, THAT offends them. Then you're in for an earful of tears and bile from these people.
I know for sure that my comic book contains no misinformation about any popular comic book figures so the Golden Age employee couldn't have been offended by the subject matter. The only way he could have been offended at all would be because... >GASP<... he's not a real comic book fan. He must be one of those "normals" who gets offended too easily. It wouldn't be the first time a "normal" infiltrated a comic store. I was in Truro, Nova Scotia trying to sell my comic to a store there. The guy I met working there objected to how I portrayed Jesus as a "fictional character". (Although, anyone with a bizarre/paranoid opinion like that is not someone I would consider normal). Needless to say, I made no sale that day.
Of course, it may not be too late for Golden Age. If you live in the Vancouver area and you get 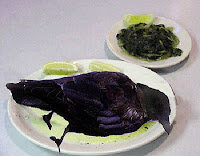 most or all of your comic book merchandise from Golden Age, it couldn't hurt to go there and ask for a copy of Jesus Needs Help. If enough people ask about it, they'll have no choice but to stock it. It would be nice if the 500th (or so) person, the one who manages to turn the tide and get my comic on their shelves, would bring in a nice, well cooked dish of crow for that one grumpy employee.
I can dream.
Posted by David Germain at 6:05 PM No comments: Links to this post

....or .........something. However you're feeling, you should definitely get naked and run around the block a few times. Then, throw a blanket around yourself and come into one of these two comic book shops*:

Lucky's Comics
3972 Main St.
Vancouver, B.C.
The main reason you should do that is because I have it on good authority that they are now places where you can purchase a copy of my comic book Jesus Needs Help. I have no idea what the price of them are. That'll be up to the owner of either of those stores, I guess. All I know is that it can still be puchased online here and here both for $9.15.
Have fun kids!
*No, I do not recommend entering a store naked for two big reasons: 1. You don't have your wallet with you (unless you keep it in a "super secret" place) and 2. There's a sexual predator roaming the streets of Vancouver right now. So, maybe replace "get naked" at the top with "bring a can of mace".
Posted by David Germain at 7:26 AM No comments: Links to this post

Tell me what you think.
Posted by David Germain at 7:26 PM No comments: Links to this post