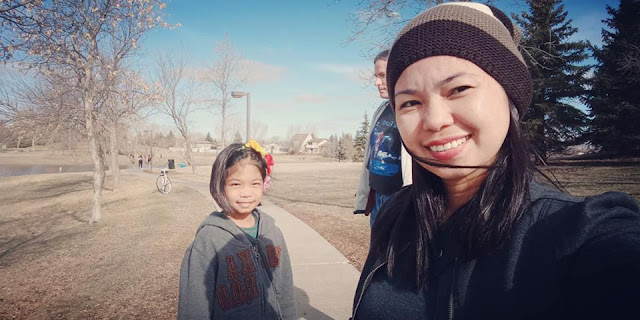 Back in December of 2016, I got married to a wonderful Filipina named Janet and in the process adopted her equally wonderful daughter Raianne.  I blogged about it at the time here.  However, that ceremony took place in the Philippines because she's a Philippines citizen.  So after that wedding, I had to leave her behind and fly back to Canada to simply carry on with my life.  She and Raianne had to do the same thing with their lives as well.  Long distance relationships never feel good.  Sending and receiving messages to each other online is certainly fun and lifts the spirits, but there's still an emptiness felt throughout simply because this person is so far away.

But, in that time since then, we all completed the necessary paperwork for my wife and daughter to achieve permission to immigrate to Canada to be with me.  This passed January, they were both accepted!!! They were both sad to leave friends and family behind, but at the same time they were also excited to meet the new family and friends that awaited them in Canada.  April 8, one both ago today, was the big day when they finally made the journey.  My wife documented their trip in this video:

Lots has happened in the first month since they've arrived.  Yes, they've both applied for things that every Canadian citizen needs like SIN numbers and health cards.  Our daughter has also been enrolled in school and is already doing quite well.

But it's not just been laboriously filling out forms or listening to stuffy seminars about citizenship.  We've managed to have some fun too.  We went to the Saskatchewan Natural History Museum where Raianne got to look at some real dinosaur bones. 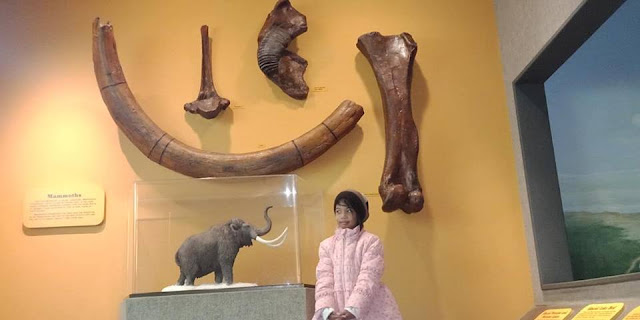 I know that she's interested in science, especially dinosaurs, so I knew this would be a big treat for her.  With that in mind, we also went to the Science Centre.  Raianne enjoyed herself there too.  We watched an IMAX movie about rescue dogs that was quite enjoyable and informative. 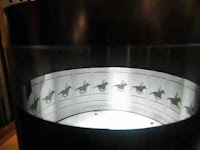 However, there was one attraction there that I had particular interest in.  There's something at the Science Centre called a 'zoetrope'.  For those who don't know, that's the device that was used to view animated drawing and/or photographs before film was invented.  Patrons can make their own animations on a slip of paper, put it into the device, then give it a spin and watch it move.  I tried creating what's known in animation circles as a 'walk cycle'.  I brought it home, scanned it into my computer ad put those pictures into Flash so that I could show you fine people on the vast internet my meagre accomplishment.  Here it is embedded below: 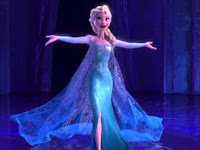 On April 28, there was a freak spring snow storm that made it look and feel like winter for just that one day.  Most people from hot climates like the Philippines tend not function well right away in snowy conditions.  They either try to stay inside as much as possible, or they just shiver profusely no matter how many layers of jackets and sweaters they're wearing.  Raianne however took to it naturally.  She sang Elsa's "Let It Go" song the entire time and could've frolicked in that snow all day.  I showed her how to make a snow angel and she did that many times.  Also, at one point she taught herself how to make snow balls and throw them.  One of those snow balls hit me right in the face.  She said "sorry, daddy" but I wasn't mad at all.  If anything I was proud.  In just a short time, she taught herself to throw snowballs at people's faces like a Canadian pro.  That's impressive.  The next snow fall won't be for several months, but I'm sure she will not have forgotten her newfound skills by then.  So look out anyone who's within throwing distance of my daughter next winter.  Your face might be getting cold and wet very quickly.

Oh yes, Raianne is having fun with her new family members as well as you can see. 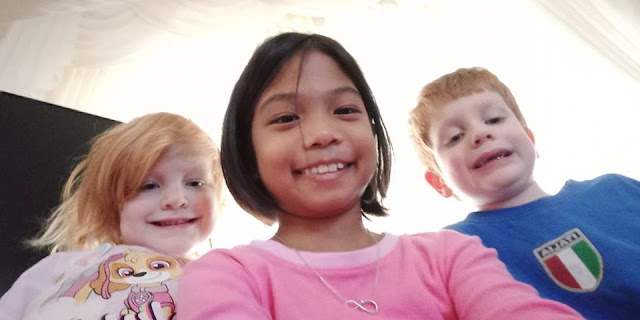 It's not just the cousins close to her own age she's having fun with.  She enjoys spending time with her new grandmother too.  While we were playing cribbage together, Raianne drew this picture of grandma (who insists on being called 'babchi'). 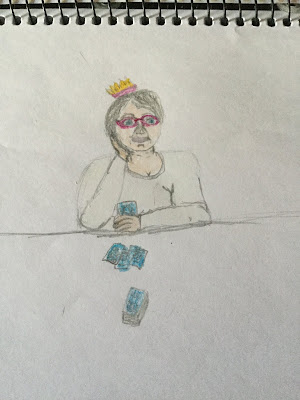 She loves to draw and draws often.  It shouldn't be hard to steer her in an artistic direction.

"Yes, we know your daughter is having fun.  But what about you and your wife??"

'What are I and my wife doing for fun since her arrival into Canada' you ask oh hypothetical person that I've concocted just for this blogpost.  Well, I won't post any grizzly details.  I'll just leave this here.

So anyway, that's been their first month in Canada.  I know there will be many many more great months and years to come.  I'll end this post with another of my wife's videos showing her and our daughter having fun in Rochdale Park.  Enjoy!